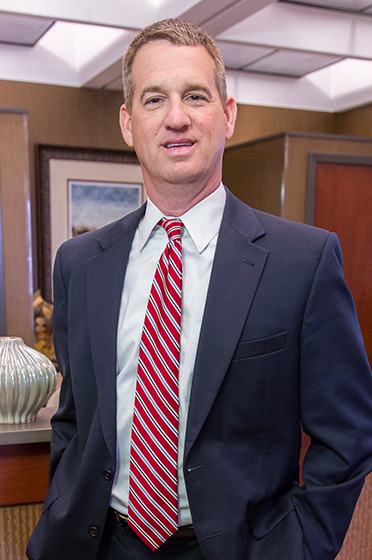 JAMES D. NUTTER joined Parkowski, Guerke & Swayze, P.A. as a Director in December 2012, and is resident partner in the firm’s Georgetown, Delaware office. An experienced trial advocate and former legislative attorney for the Delaware House of Representatives, his practice focuses on state and local government relations, administrative and regulatory compliance, personal injury litigation, and criminal defense. In the area of juvenile justice, Mr. Nutter has worked for changes at the legislative level, on policies such raising the age to try, and the Juvenile Civil Citation Program.

Mr. Nutter has successfully represented businesses, non-profit organizations and individuals before Delaware’s General Assembly and administrative agencies, and in every court in the State. He has represented Delaware Electric, Chesapeake Utilities, Silver Run Electric, and serves as general counsel for Delaware Healthcare Association.

Mr. Nutter began his legal career in 1997 in the Office of the Public Defender, where he served as lead counsel in capital murder and other serious felony prosecutions. In 2005, He entered private practice with the law firm of Mooney & Nutter, P.A., in Georgetown, Delaware, where his practice expanded to government relations and legislative law. From 2007 to 2010, he served as attorney to the Democratic Caucus of the Delaware House of Representatives, drafting legislation and counseling Representatives on proposed laws affecting virtually all areas of the Delaware Code. He began lobbying in 2010 and now represents more than 20 local businesses, non-profit agencies and multinational corporations before the Delaware General Assembly.