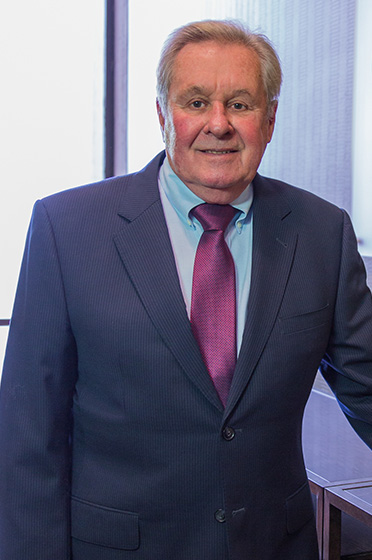 
Land Use and Zoning
Complex Litigation

F. MICHAEL PARKOWSKI is a Director in the firm. He provides representation to a variety of public and private clients on governmental, environmental, land use, and agricultural real estate matters. As general counsel to the Delaware Agricultural Lands Preservation Foundation, Mr. Parkowski has worked toward legislation that will ensure that farming remains a major industry in Delaware well into the future. He has worked on legislation for the Young Farmer Loan Program and Delaware Forest Land Preservation, and regularly serves clients in the farming community.

While serving as general counsel to Delaware Department of Natural Resources and Environmental Control, he drafted numerous environmental laws and regulations, including the legislation that created the Delaware Solid Waste Authority, a statewide public body that has comprehensive authority and responsibilities over the collection, transportation and disposal of solid waste. He has now served as general counsel to the Authority since 1976.

Since entering private practice in 1975, Mr. Parkowski has provided representation on environmental matters on a regional basis, and he conducts a statewide practice. He has represented the Delaware Economic Development Office, Delaware Department of Transportation, Delaware Lottery Office, and the Delaware Civic Center Corporation. His private environmental clients include many major companies with manufacturing and industrial facilities located in Delaware. Among the large-scale real estate development clients Mr. Parkowski represented are Shell Brothers, Carl M. Freeman Companies and Harvey, Hanna and Associates.

Mr. Parkowski is past President of the Delaware State Bar Association and former President of the Kent County Bar Association. He has served by appointment of the Governor as Chairman of the Board of Commissioners of the Delaware River & Bay Authority. He was also appointed by the Governor to serve as Chairman of the Judicial Nominating Commission. He has served on numerous committees established by the Delaware Supreme Court in a leadership capacity. He has been listed in the Best Lawyers in America from 1990 to the present and has a Martindale-Hubbell rating of AV.

Mr. Parkowski received a degree in civil engineering from Villanova University and his law degree from Temple University. He has worked as an engineer with the U.S. Army Corps of Engineers – Philadelphia District Office – and served as Deputy Director for Enforcement at the U.S. EPA Region III Office in Philadelphia. Following graduation from law school, Mr. Parkowski served in the Delaware Attorney General’s Office as general counsel to the Delaware Department of Natural Resources and Environmental Control (DNREC), and also prosecuted criminal offenses in the Kent County Prosecutor’s Office. He was admitted to practice law in Delaware in 1973.