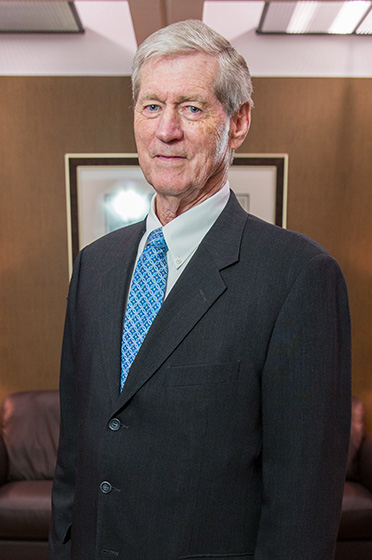 Mr. Griffin is on the Community Advisory Board for WWDE 99.1 FM radio station, the only NPR affiliates in Delaware. He also volunteers his services as a pro bono attorney in family court as appointed.

Prior to joining Parkowski, Guerke & Swayze, Mr. Griffin was an attorney with the firms of Tunnell & Raysor; James D. Griffin, Esquire; Griffin & Hackett, P.A.; and Griffin and Robertson, P.A.; and has been in practice since 1971.

After graduating from the University of Arkansas with a B.S. in 1962, Mr. Griffin served as an officer in the United States Marine Corp until 1965. He attended the University of New Mexico School of Law and was awarded a J.D. degree in 1969. He was admitted to practice law in Delaware in December 1969.