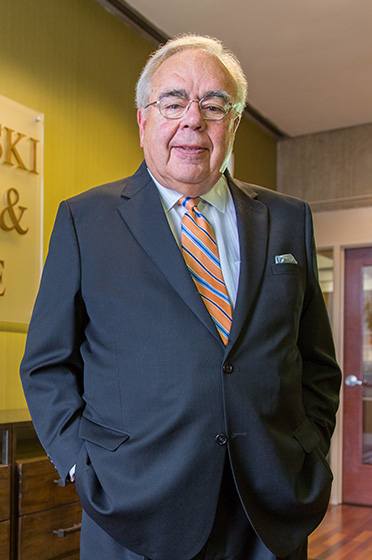 DAVID S. SWAYZE joined Parkowski, Guerke & Swayze, P.A. as a Director in June 2003. He concentrates his practice in the areas of financial services regulation; Delaware trust law and administration; government relations and legislation; and environmental, administrative and commercial law.

Mr. Swayze is a former Legal Counsel, Chief of Staff and Executive Assistant to the Governor of Delaware, the former City Solicitor of Wilmington, and the former Chair of the Wilmington Housing Authority. Mr. Swayze served on active duty as an officer in the United States Army from 1969 to 1972.