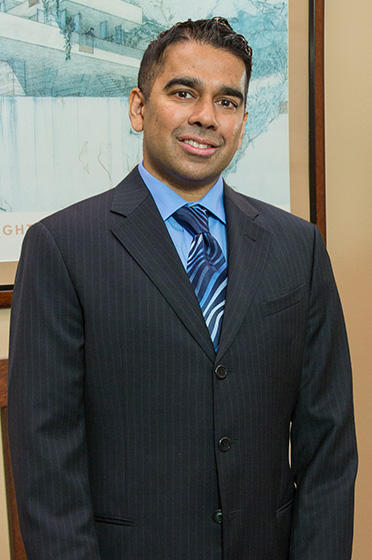 KASHIF I. CHOWDHRY, Esquire joined Parkowski, Guerke & Swayze, P.A. in 2008 as a Director, concentrating his practice on commercial litigation, real estate, business formation, and estate and guardianship matters. He has represented corporations, businesses and individuals in the Delaware State Courts with an emphasis on disputes before the Delaware Court of Chancery. Mr. Chowdhry has also been appointed to serve as a trustee and attorney ad litem in various matters before the Court of Chancery.

Mr. Chowdhry has worked with businesses and corporations on issues including corporate and transactional projects, contracts, and bid proposals. He has represented the Delaware Electric Cooperative, the Delaware Solid Waste Authority, Tidewater Utilities, DelOne Federal Credit Union and a variety of other local and out of state businesses and individuals.

Mr. Chowdhry is a member of the Terry-Carey American Inn of Court. Previously, he served on the Court of Common Pleas Rules Committee, the Delaware Board of Bar Examiners, and the Delaware State Bar Association Executive Committee. He volunteers his time with the Delaware Volunteer Legal Services and as a youth ice hockey coach.

Prior to joining Parkowski, Guerke & Swayze, Mr. Chowdhry clerked for the Judges of the Sussex County Family Court and subsequently worked with a prominent Sussex County firm.

Mr. Chowdhry graduated from Duquesne University in Pittsburgh, PA, where he earned both a J.D. and M.B.A. with Honors and served as a research editor on the Duquesne Law Review. He was admitted to practice law in Delaware in 2003 and in Pennsylvania in 2002.