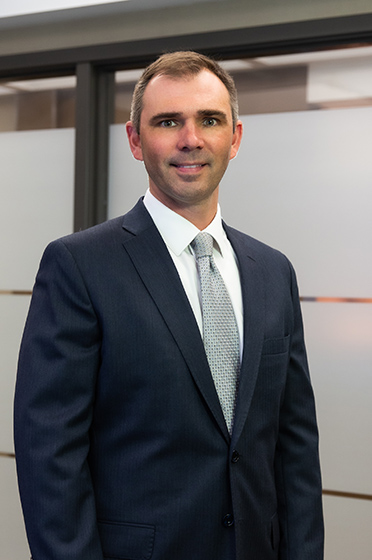 Mr. Thompson serves on the Board of Bar Examiners and the Editorial Board for The Journal of the Delaware State Bar Association. Previously, he was a member of the Board of Professional Responsibility, the Treasurer for the Terry-Carey American Inn of Court, the Sussex County Bar Association President, an Executive Committee member for the DSBA, a Co-Chair of the DSBA Committee on Professional Ethics, a member of the DSBA Judicial Appointment Committee, a member of the Jurisdictional Improvement Committee, and a Sussex County Co-Chair from the Combined Campaign for Justice.

After graduating from Pennsylvania State University with distinction in 1999 and then Temple University School of Law in 2003, Mr. Thompson held the position of law clerk for two years in Delaware’s Family Court, with the first year in New Castle County and the second in Sussex County. In 2005, he entered private practice. For six years, from 2011 through 2016, he also served as a Legislative attorney for the Delaware House of Representatives.

Mr. Thompson was selected to give the New Lawyer’s Speech at the 2010 Admission Ceremony for the Delaware Bar and was the recipient of the New Lawyer’s Distinguished Service Award from the DSBA in 2011.

He is admitted to practice law in Delaware, New Jersey, and Pennsylvania, as well as the District of Delaware, the Third Circuit, and the U.S. Supreme Court.

He is admitted to the bar in Delaware, New Jersey, and Pennsylvania, as well as the District of Delaware, the Third Circuit, and the U.S. Supreme Court.

Pennsylvania State University with distinction in 1999

Temple University’s School of Law in 2003